The History of Phentermine

Phentermine has a rich history in the pharmaceutical industry as part of a medically managed weight loss plan. Since as far back as 1959, physicians have turned to this drug to help reduce the appetite of their obese patients and promote calorie reduction. While still available in some forms, the history of it is somewhat troubled, so phentermine is classified as a controlled substance in most countries. What is the history of phentermine and how is it used today?

The drug phentermine first hit the market in the late 1950s. The U.S. Food and Drug Administration approved the use of phentermine resin to treat obesity. It was a safer option than the “Rainbow pills” that were in use up to this point – a cocktail of amphetamine, thyroid hormone, digitalis and diuretics that often came with severe complications.

Weight Loss Trends of the 1970s

Phentermine came into its own in the 1970s in combination with two other FDA-approved drugs. The cocktail Fen-Phen included a dose of phentermine plus one of fenfluramine, a serotonin releasing agent. The FDA did not approve the mixing of these drugs, but doctors prescribed them together for their weight loss patients. In 1996, there were 6.6 prescriptions written for the Fen-Phen cocktail.

Dexfen-Phen was a similar offering, but one that paired phentermine with dexfenfluramine to manage obesity. Dexfenfluramine, approved by the FDA in 1996, also reduces the appetite. When mixed with phentermine, these patients ate less but sustain high energy levels. Both drug cocktails fizzled quickly, in part due to health concerns about combining the various drugs.

Eventually, the FDA asked pharmaceutical companies to remove fenfluramine and dexfenfluramine from the market voluntarily. Phentermine was still available, however.

Today, physicians have a new weight loss cocktail to offer that combines an antidepressant like Prozac, Zoloft or Effexor with phentermine. The antidepressant allows the benefits of taking phentermine to last longer. Taken alone, the effect tends to wear off, so the drug works for only a short time. While the FDA has not approved the use of these drugs together, there is no evidence that they cause the health problems associated with previous “phen” cocktails.

The popularity of phentermine for use as an appetite suppressant has led to several imitations, most of which are scams. There are a few non-prescription formulas like phentermine that boost the metabolism and increase energy levels currently available, though.

Interested in learning about how phentermine might be right for you?
SCHEDULE A FREE CONSULTATION TODAY FOR MEDICAL WEIGHT LOSS.

Dr. Alex Roig
Throughout his college years, Dr. Roig taught as a Personal Trainer, helping people exercise and diet more effectively while honing his passion for health. After graduating from Life University, he worked as a full-time chiropractor until 2002 when he decided to pursue his passion of helping people change there lives by weight loss. He has been helping people with weight loss for over 25 years.
Recommended Posts 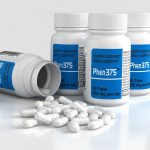 Fighting Obesity With Phentermine: The BasicsPhentermine 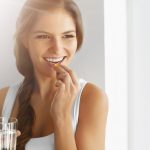 Adipex: What You Need to KnowPhentermine