Why IV Therapy Like the Myers Cocktail is so Popular

The Latest in IV Therapy

Wouldn’t it be great if there was some sort of IV therapy that could help fight the aging process, relieve the symptoms of certain medical conditions, and provide a boost to your energy level? Wouldn’t it be even better if that same therapy could help your hangover on the days after you overdo it at a local watering hole?

As it turns out, there is such an IV treatment. And it’s known as the Myers Cocktail.

About the Myers Cocktail

While the late Dr. John Myers of Johns Hopkins Hospital is widely credited with developing the therapy that’s named after him and it’s often discussed as if it’s a new discovery, vitamin drips have been around since the 1960s. Since Dr. Myers discovered vitamin-rich IV therapy, the Myers Cocktail has been customized to provide many health benefits.

Each Myers Cocktail consists of a blend of nutrients that are determined by the medical condition that will be treated. Because Myers Cocktails can be used to combat a wide array of conditions, such as the effects of aging and certain diseases, the ingredients between different IV therapies can vary greatly. While that’s the case, some vitamins and supplements are commonly found in a given Myers Cocktail.

Here are some common nutrients that are often used in a Myers Cocktail:

Even though it was invented in the 1960s, the IV therapy mixture didn’t earn its current name until after Dr. Myers passed away in 1984. After the doctor’s death, his IV therapy recipe was lost until Dr. Gaby painstakingly recreated the mixture Myers used and named it out of deference to Dr. Myers.

Why Do So Many People Seek Out the Myers Cocktail?

In addition to treating the conditions listed above, the vitamin mixture can also help people battle the symptoms of withdrawal from narcotics, gastrointestinal problems, and migraines. If you experience a hangover or jet lag, you’ll be relieved to know that it can help you recover from both quickly.

Myers Cocktails can be used proactively, too. You can use IV therapy to boost your children’s immune systems as they’re getting ready for a new school year to start, for example. You can also use this kind of vitamin therapy to protect yourself if you have to travel during a time when a lot of people have colds or the flu.

Get the Best IV Therapy With a Myers Cocktail Infusion 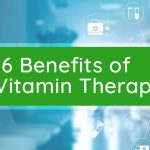